The 16-Year-Old Algerian Artist Who Influenced Picasso and Matisse 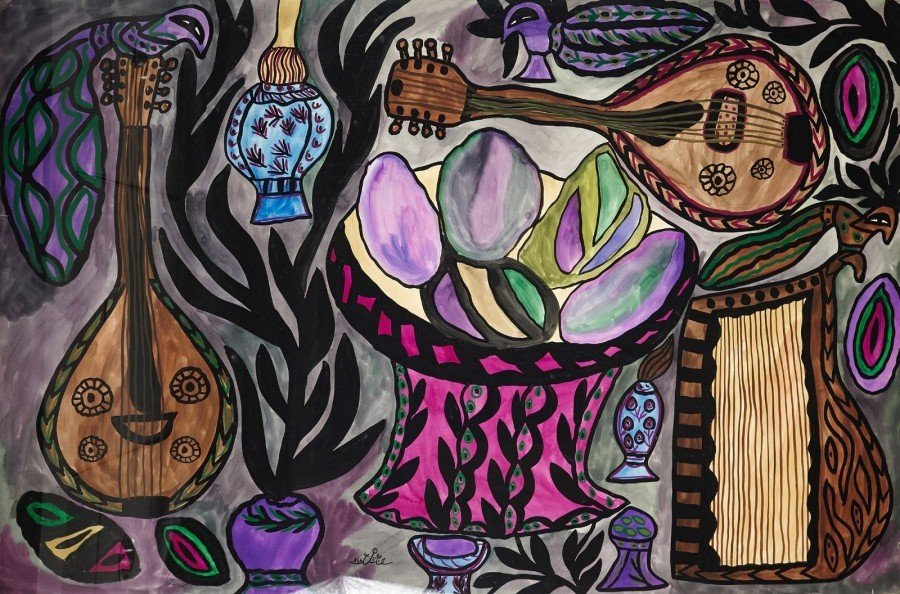 The amazing story of 16-year-old girl that captured the minds of the art world’s elite. The self-taught Algerian artist, Baya Mahieddine (1931-1988) — known as Baya — is finally being celebrated in the first North American exhibition of her work, at NYU’s Grey Art Gallery, through March 31. Baya used gouache as her primary medium, depicting a world without men but full of bright images of women, nature, and animals. The bold patterns in her work are attention-grabbing, but her life story is even more so.

Often referred to only as Baya, the Algerian painter Baya Mahieddine was born as Fatma Haddad, into a poor Kabylie family in Bordj-el-Kifan, near Algiers. Orphaned at age five, Baya lived with her grandmother until she was eleven, when she was “discovered” by Marguerite Caminat Benhoura. Benhoura was a Frenchwoman then living in Algiers while working as an archivist at the Muslim Bureau of Charities. Benhoura also painted, and her personal art collection included works by Georges Braque and Henri Matisse. After their meeting, Baya moved into Benhoura’s Algiers’ home, where she began painting, and Benhoura would often offer feedback to her efforts. Some records suggest that Baya also worked as a servant in the house. Baya had her first exhibition in 1947, when she was sixteen, at the Galerie Maeght in Paris. Gallery owner Aimé Maeght organized this solo exhibition after seeing Baya’s work in Benhoura’s home. According to some reports, Picasso was interested in her work and recommended that she returns to Algiers.

To find out her whole story and information about the exhibition click here: